Changes to superannuation contribution rules for over 65’s 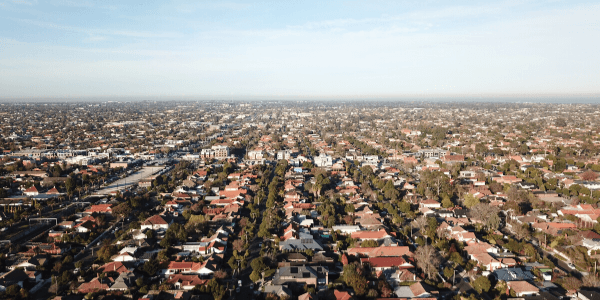 Changes to superannuation contribution rules for over 65’s

The May 2018 Federal Budget announced a number of changes to the superannuation work test and contributions for over 65s.  These changes have recently come into effect and will impact the way many people contribute to their or their partners’ super fund as they near retirement.

Up until 30 June 2020, there was no need for a fund member to satisfy a work test for any contributions before reaching the age of 65. However, once they reached 65 years of age, a work test of 40 hours in 30 consecutive days was required to be met at any period during the same financial year, and prior to the contribution being accepted.

From 1 July 2020, that age limit has been extended out to 67. For those under the age of 67, it is now possible to make contributions without needing to satisfy the work test.

Carmel is aged 66 years on 1 July 2020 and will turn 67 years old on 19 September 2020. Her total super balance on 30 June 2020 was $938,000 and she worked 20 hours per week in the first two weeks of August. It would be possible for Carmel to make concessional and non‑concessional contributions to her superannuation fund without the need to meet the work test prior to her 67th birthday. However, after she reaches 67, she will only be able to contribute if she has worked at least 40 hours in a 30 day period at some point in the financial year. As Carmel worked for 40 hours in the first 2 weeks of August, she is able to make personal contributions.

Spouse contributions and the tax offset

Note: An eligible spouse contribution can only be made in respect of a married or de-facto spouse, and both spouse and contributor must be Australian residents. The non-concessional contribution caps also apply, so the spouse must also have a total superannuation balance of less than $1.6 million at the start of the financial year.

Joe wishes to make a spouse contribution for his spouse Delia, who is 73 years old, works as a bookkeeper, has an adjusted taxable income of $35,000, and a total super balance of $350,000. Joe decides to make a $100,000 contribution for her. Since Delia’s adjusted taxable income is less than the tax offset threshold, Joe may be eligible to receive a tax offset of 18% of the first $3,000, which is $540 against his income tax assessment for the year.

The ‘bring forward’ rule allows those under the age of 65 at any time in a financial year to trigger the ‘bring forward’ rule which enables a person to make up to three years’ worth of non-concessional contributions in a single financial year. The period commences from the year in which the person makes a non-concessional contribution that is greater than the standard annual amount of $100,000.

It was announced in the 2018 Federal Budget that the bring forward rules would be amended to apply to people under the age of 67 on 1 July in a financial year, rather than under age 65. This will align the bring forward rules with the other contribution age limits that have recently changed. However, the legislation to make this change, Treasury Laws Amendment (More Flexible Superannuation) Bill 2020, has not yet passed Parliament. Parliament resumes in early August, and although it is expected that the legislation will pass as the amendment has bipartisan support, it may be some time before this legislation is passed.

As such, those fund members who wish to maximise non‑concessional contributions by using the ‘bring forward’ rule, who are in the 65 to 66 years old age bracket, and who have a total super balance of less than $1.5 million as at 30 June 2020, may be in a bit of a quandary until the legislation is passed, assuming it does.

Rae is currently 66 years of age, is retired and has a total super balance of $1.1 million as at 30 June 2020.  She recently received an inheritance of $270,000. She would like to put the entire sum into her superannuation fund. Although she now does not have to meet the work test, she can only contribute $100,000 in this financial year under the current rules. If the above legislation does not pass before she turns 67, she will only be able to put the remainder of her inheritance into her superannuation fund if she meets the work test of working at least 40 hours in a 30 day period, prior to making the contribution.

For more information on these changes and to find out how we can assist you with your superannuation needs, please get in touch with our team on 1300 363 866.