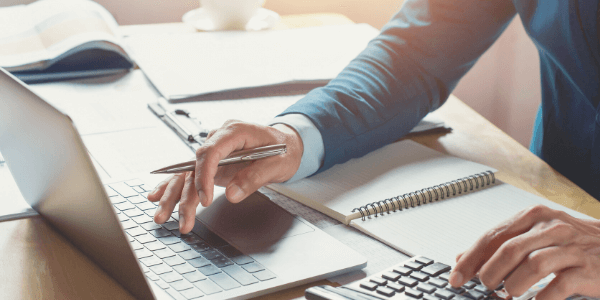 The Morrison Government’s mind-bogglingly large support packages to get Australians through the COVID-19 shutdown have dominated headlines, and rightly so. Only months ago, the Australian economy was in relatively good shape and headed for a Budget surplus.

Behind the scenes, the Reserve Bank of Australia (RBA) has also pulled out all stops to keep the economy moving.

RBA monetary policy is the yin to the Government’s fiscal policy yang. During the current crisis it’s designed to complement and to some degree pay for Government spending which already exceeds $320 billion.

On March 19, RBA Governor Philip Lowe announced a package of monetary support policies to “support jobs, incomes and businesses”. These policies included maintaining the cash rate at 0.25 per cent, the creation of a $90 billion funding facility to support business lending, and the purchasing of government bonds.

Rates as low as they will go

After two rate cuts in March, the cash rate is currently at a new all-time low of 0.25 per cent. The RBA has promised to keep it there until “progress has been made towards full employment and it is confident that inflation will be sustainably within the 2-3 per cent target range”. With unemployment expected to hit double digits we could be waiting for some time, although inflation jumped to 2.2 per cent in March.

While low interest rates traditionally encourage individuals and businesses to borrow and spend, there’s less inclination to do either while the Coronavirus shutdown continues. So the RBA has provided a three-year funding facility for the banks at a low fixed rate of 0.25 per cent. The banks will be able to access this funding if they increase lending to businesses.

In its March statement it also set a target for the yield on 3-year Australian Government bonds of around 0.25 per cent, in line with the cash rate. This was a signal to the market that the central bank is serious about keeping rates lower for longer. At the time 3-year Government bond yields were around 0.85 per cent.

The RBA set out to achieve this target by buying Government bonds in the secondary market. This is a monetary policy lever it has never used before, known as quantitative easing (QE).

How does quantitative easing work?

QE is where central banks print money to buy government bonds. A government bond is a low risk investment product whereby investors lend money to the government for a set period at a predetermined rate of return referred to as the yield or interest rate.

When the RBA enters the secondary market to buy billions of dollars of government bonds, it effectively gives the Government a lot more cash to spend and this money flows through the economy.

To date, the RBA has spent more than $36 billion in bond purchases and 3-year Government bond yields have dropped to around 0.25 per cent. So, by spending huge quantities of cash the RBA eased monetary policy, which is a roundabout way of saying it used quantitative easing.

What does it mean for me?

The prospect of low interest rates for the next few years creates opportunities and dilemmas for borrowers and investors.

As banks pass on some or all the cuts in official interest rates to their home loan customers, first home buyers are well-placed to secure a good deal. Existing homeowners might also take the opportunity to refinance.

Retirees and others seeking income from their investments are not so lucky, but there are some good rates on offer if you are prepared to shop around. The best 12-month term deposit rates and bonus savings account rates are as high as 2 per cent.

These are undoubtedly difficult times, but the decisions you make now could put you in a good position when markets recover. For more information, please get in touch with our team on 1300 363 866.