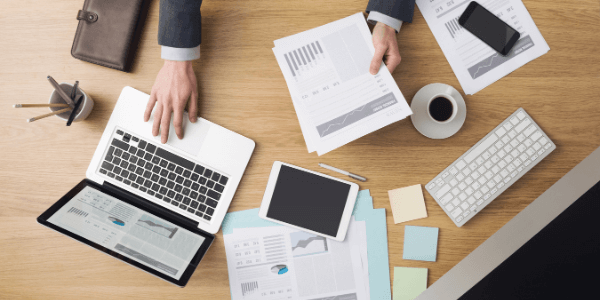 August saw restrictions maintained in a number of countries to contain second waves of Covid-19. Progress was made in Australia and the US in reducing infection rates, but the US still has a long way to go before they really get the virus under control. Europe is in the grip of a significant second wave. The most affected countries include Spain and France, both of which now have infection rates exceeding those in their first waves.

Not surprisingly, the resurgence of Covid-19 dampened confidence and spending. Consumer confidence in Australia had slipped in July and August as the second wave took off in Victoria. However, by the end of August sentiment had returned to levels seen in late June. In the US, the improvement in unemployment slowed in August and measures of GDP growth showed the recovery stalling at levels below what markets had been expecting for the third quarter.

The Fed announced a new approach to setting interest rates which will see them aim for much lower unemployment rates as long as inflation does not rise too far above their 2% target. This means they will be slower to lift interest rates than they have been in the past. Markets liked this news and pushed the US$ down, helping drive the A$/US$ up to US$0.735. The price of gold slipped back as Covid-19 cases in the US declined.

One of the most important developments in August was a long-awaited speech by Jerome Powell, the Chairman of the US Federal Reserve. Powell announced the results of the Fed’s review of how it sets interest rates. This was prompted by the Fed’s failure to meet its 2% inflation target for a number of years, as well as the fact that when the unemployment rate fell to 60 year lows in 2019, inflation did not pick up as expected. Importantly, the Fed has become more concerned about the social aspects of unemployment, especially how it impacts more vulnerable sections of society.

The essence of the changes announced by Powell were that the Fed is prepared to see the unemployment rate fall a long way and not worry if inflation rises above 2% in the process. That is, they will be slower to raise interest rates than they have been in the past.

Markets reacted to this by thinking the Fed has gone soft on inflation and that it will soon be going up in the US. This seems wrong on both counts. In the short run, the Fed’s news will not make any difference to inflation. And if the experience of the post-GFC years is any guide, it may not make much difference for quite some time because it will take years to absorb the spare capacity in the economy. And if inflation were to rise too quickly, the Fed would not hesitate to act.

Markets also liked the news because interest rates will stay lower for longer, but it is hard to see how anyone could have realistically been expecting a rate hike from the Fed anytime in the next couple of years anyway.

Nevertheless, the news helped push the US$ down further. This, plus another solid rise in the iron ore price, helped drive the A$/US$ up from US$0.721 at the end of July to US$0.735 at the end of August.

Gold had a softer month though. Having topped the US$2,000/oz mark, gold could not hold the gains and slipped back to around US$1968/oz by the end of August. One factor contributing to this was the decline in Covid-19 infections in the US. There has been a clear link between gold and Covid-19 in the US. Higher rates of infection seem to drive higher demand for gold as a safe-haven asset.

The US equity market powered on in August, led once more by tech stocks. As an example of the meteoric rise of tech stocks this year in the US, Apple Inc is now the first company to be valued at more than $2 trillion. With the exception of a few weeks at the end of 2007, Apple Inc has never traded for a richer multiple of future earnings.

The Australian market had a more subdued month, although AREITs outperformed to make up some of the ground lost to the rest of the market in recent months.

As the US election gets closer, so campaigning is stepping up. The Democrats held a virtual party convention this year, while Trump chose to put in a live appearance in the White House grounds. Commentators have suggested that Biden’s performance was flat and dull compared to Trump’s more showman-like effort and that he shrewdly put his finger on Democrat weak points. Overall, the message was not to write Trump off just yet.

We believe segments of the equity market remain expensive and have elevated levels of risk, as the impact of Covid-19 on future earnings and continued operations remains unclear.

With the high level of uncertainty in the market, from the US election, geopolitical tension and the impact of continued fiscal and monetary support, diversification remains paramount, with the inclusion of defensive and alternative assets being the main source of protection against equity market volatility.