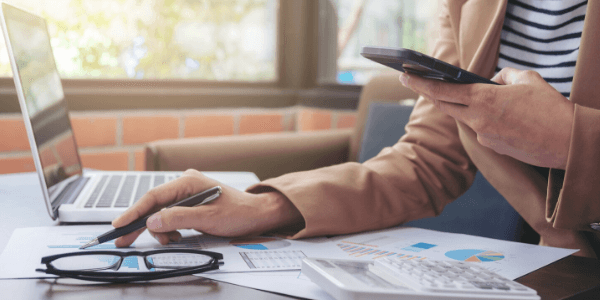 December closed out 2019 on a positive note with equities, bonds and commodities all rallying as key economic data steadied and the US and China agreed to sign the Phase One trade deal. Central banks, including our Reserve Bank, flagged their intention to keep providing liquidity support for the foreseeable future.

Heading into 2020, the “lower for longer” interest rate structure looks set to continue in an environment of subdued global growth and inflation. However, with the bulk of rate cuts done and little sign of meaningful earnings growth, it will be hard to see equity markets having as good a year in 2020 as they did in 2019. Bond market returns will also be subdued and the A$/US$ may trade in a US$0.65-0.70 range. Geo-political developments may provide opportunities to hedge equity market risks with positions in gold.

Markets went into December hoping for better news on the economic growth front. The economic data were on the whole good enough to suggest that global growth might be stabilising after the softer trend seen in previous months. For example, in the US, although the key ISM indices for both the services and manufacturing sectors were a touch softer in November compared with October, they were enough to satisfy the markets for now. It also helped that there were some good retail sales figures and that the unemployment rate remained at multi-decade lows around 3.5%.

News from China that their services and manufacturing PMIs both rose in November suggested China is weathering the trade dispute better than expected, while in Europe there were some modest signs of stabilisation in some key growth indicators. However, European industrial activity remains fragile, with Germany a drag on the rest of the region. The bottom line is that while some stability in the offshore figures was good to see, there was nothing in them to suggest a meaningful pickup in growth is imminent.

Here in Australia, the picture was a little less upbeat. Although the labour market did better in November than had been expected, with a solid 40,000 increase in jobs after October’s 24,000 decline, business conditions and confidence remain subdued. Importantly, the latest survey of businesses’ capital expenditure showed plans for non-mining investment have been scaled back for 2020. Consumer confidence also remains subdued, with November’s reading dropping 2% to sit at below-average levels.

The best news for the markets in December was that the US and China would sign the so-called “Phase One” trade deal in January. The trade dispute between these two nations has been a major source of worry for the markets over the past year, with fears it could push the world into recession. News of the deal reassured investors and helped push equity markets, especially in the US, to new record highs. Emerging market equities outperformed strongly, given the positive impact of the deal, not just on China directly, but also on the Asian trading nations so dependent on China and the US.

On the monetary policy front, there was little news from the US and Europe, where central banks remain committed to recently announced policy measures. Here in Australia, where there had been much speculation about the Reserve Bank (RBA) resorting to Quantitative Easing (QE) like other central banks, the markets were surprised by a speech from Phil Lowe in which he said the RBA would be unlikely to use QE in the bond market until the cash rate had reached 0.25%, at which level it would be at its “lower bound”. That is, the RBA would not be contemplating cutting the cash rate below 0.25%, which is consistent with what they had previously said about not planning to use negative interest rates.

The reason the markets were surprised by this was that they had not been expecting the RBA would have to take the cash rate to 0.25%, but they had been expecting QE in coming months. Markets then had to scale back their expectations, leading to selling bonds, which pushed their yields up. As a result, the Australian bond market underperformed its global counterparts in December. This is also why AREITs fell nearly 5%, given how sensitive they are to movements in bond yields, and why the A$/US$ pushed up towards US$0.70 by the end of the month.

On the geo-political front, Boris Johnson resoundingly won the UK general election, paving the way for passage of his delayed Brexit legislation. In the US, the Democrats moved to impeach Donald Trump, but the President sees it as an opportunity to embarrass the Democrats given that the Senate will not impeach him. In the Middle East, tensions with Iran continued as the latter provoked attacks against US personnel in Iraq.

Looking back & looking ahead

What a difference a year makes! Markets started the year coming off a terrible few months for equities as fears of global recession dominated investors’ thinking. By the end of 2019 equity markets had staged a huge rally to new record highs and investors were becoming more confident of stronger growth in 2020.

Chart 2: 2019 was a great year for both bonds and equities

The biggest development triggering this change of sentiment was central banks around the world moving to ease monetary policy. In the US, Europe, China and Japan there were more rate cuts and liquidity support. Here in Australia, the RBA cut the cash rate from 1.5% to a new record low of 0.75% and flagged the possibility of QE.

The other key development was the US/China agreement to sign the Phase One trade deal, which gave markets an extra fillip in the closing months of the year. There were of course some setback and worries along the way, but overall 2019 was a great year for both bonds and equites as they benefitted from central banks validating lower interest rate settings. Much of the gains in equity markets came from a re-rating of price/earnings ratios in response to those lower interest rates, rather than significantly stronger earnings growth.

As we look ahead into 2020, it is hard to see this performance being repeated. Equity markets have already priced the impact of the interest rate outlook and now need profit growth to push higher. However, the outlook is for subdued growth around the world, including here in Australia. There may be some further improvement in key growth indicators in coming months, but these do not look likely to be strong enough to materially change the outlook for soft growth, low inflation and slow progress on reducing unemployment rates.

In this context we see low returns across all asset classes, with equities and bonds delivering little more than income returns and little or no capital growth. Given Australia’s relatively high dividend yields, this makes the local equity market look reasonably attractive compared with international markets. The A$/US$ looks like trading in a range of US$0.65 – 0.70 over the coming year.

Geo-political risks will continue to be a source of worry from time to time. As the year opens, the US has launched strikes against key Iranian military officers with warnings of more to come. The US election campaign is likely to be one of the nastiest and most divisive in history and will at times disturb market sentiment. Brexit may also cause some turmoil as it unfolds. These, and other issues as yet unforeseen, may provide opportunities to use gold as a risk hedge.