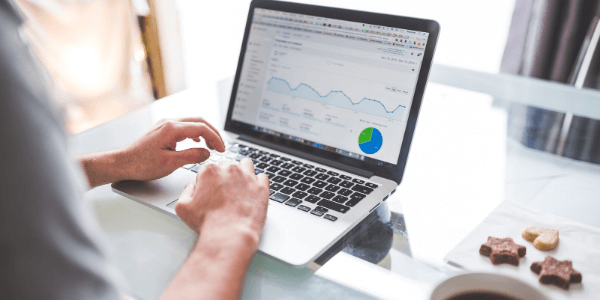 January was a dramatic month for the world economy and financial markets, starting with hostilities between the US and Iran and ending with fears about the new coronavirus (2019-nCoV) from China. Here in Australia, we had the extra difficulties from the terrible bushfires. Despite all this, the Australian equity market had a great month, more than making up for a desultory December and outperforming global counterparts. The weaker $A and stronger performance from bonds helped our equity market, though more so in the non-resource sectors.

The price of oil fell sharply on global growth fears associated with 2019-nCoV, while the price of gold rose. Global equities gave up their gains for the month. The world economy continued to stabilise after the weaker tone through much of last year, especially in manufacturing. However, it is still not clear that stabilisation will soon be followed by a meaningful recovery.

In the US, the Democrat-controlled House of Representatives voted to impeach President Trump, but, amid much acrimony, the Republican-controlled Senate is set to exonerate him. Preparations continued for the Democrat primary race to choose a Presidential candidate. Biden and Sanders appear to be the leading contenders at this stage. In the UK, three and a half years after the initial referendum, Parliament finally passed the legislation to enable Britain’s exit from the EU.

Chart 1: Despite some serious challenges, the Australian equity market had a great January

January was a dramatic month for the world economy and markets. Initial nervousness about the exchange of fire between Iran and the US at the start of the month eased after both countries stepped back from escalating the conflict. Although tensions between the US and Iran will persist and bubble over from time to time, at the moment they are not the markets’ prime concern.

The sudden emergence of the Wuhan coronavirus, officially designated 2019-nCoV, has been a major shock to the markets. It will be a significant drag on global growth, especially via China and its trade connections, but the final impact will be unclear until we can see when the spread of the virus has peaked and how far it will have reached at that point. The authorities in China have acted much more swiftly to contain and manage the virus than they did with SARS in 2002. This, plus the global effort to find a vaccine, gives hope the outbreak will be short-lived and contained. If so, then the impact on the global economy will be limited. However, if it continues for several months and spreads widely, then markets will inevitably start to worry about global recession again.

This was reflected in the markets’ reaction in January to sell equities and growth-oriented commodities like oil, and to buy safe-havens like government bonds and gold. These are classic responses to a global growth shock triggered by a geo-political event. On top of this, markets have put extra pressure on assets linked more closely to China, including Australian resource stocks and the A$. It is likely that much of the market action so far reflects decisions by shorter-term traders rather than longer-term investors.

Here in Australia, the markets had been expecting a cut in the cash rate in February, but with the A$ having fallen 4% in January to sit around US$0.672, markets now think the lower A$ will give the Reserve Bank room to hold off on a rate cut for a while longer.

In other Australian economic news, headline CPI inflation was 1.8% in the year to the December quarter 2019, and underlying inflation was 1.6%. These figures were pretty much the same as in the previous quarter and show that inflation still has a way to go before it gets back into the Reserve Bank’s 2% – 3% target range.

There was no improvement in the latest figures for Australian business conditions and confidence, or consumer confidence. However, the December labour market data surprised on the upside, with better than expected employment growth and the unemployment rate falling a touch to 5.1%.

In the housing sector, building permits rose by more than 15% in November, partly in reaction to the resumption of house price growth in Sydney and Melbourne. Compared with a year ago, the pace of growth in permits has picked up sharply, establishing what looks like the start of a cyclical upswing in house building activity. This is significant because housing sector is a bellwether indicator for the broader economy.

On the negative side, the bushfire season has wreaked terrible damage, notably on the Eastern Seaboard. At this stage it is hard to gauge the impact on the economy. On the one hand, there is the immediate destruction of property and infrastructure, plus a hit to consumption and tourism. On the other hand, there will be positive effects flowing from government funding and the reconstruction program. The short-term impact on growth will be negative, with offsetting positive effects coming later.

On balance, economists have downgraded growth forecasts for the first half of 2020 by around 0.3% – 0.5% reflecting both the bushfires and the impact of 2019-nCoV on demand from China, including tourism.

Developments overseas included the signing of the Part 1 trade deal between the US and China. Some of the markets’ initial enthusiasm for the deal has worn off as the details have become clearer and doubts have emerged about just how much of the deal will be implemented and whether there really will be a Part 2. Conditions in the US economy remain much the same with manufacturing activity stabilising around the subdued levels reached in recent months and the labour market continuing to post steady job gains with the unemployment rate still sitting around 3.5%. The Fed has indicated it sees little reason to change interest rates in a hurry but has also suggested it would be happy to see inflation above its 2% target sometime in the future. US inflation is currently sitting at 1.6%.

The Democrat-controlled House of Representatives voted to impeach President Trump, but, amid much acrimony, the Republican-controlled Senate is set to exonerate him. Preparations continued for the Democrat primary race to choose a Presidential candidate. Biden and Sanders appear to be the leading contenders at this stage.  A poll of global investors still shows Trump winning re-election, with the conviction in that result increasing despite the impeachment process.

In the UK, three and a half years after the initial referendum, Parliament finally passed the legislation to enable Britain’s exit from the EU.