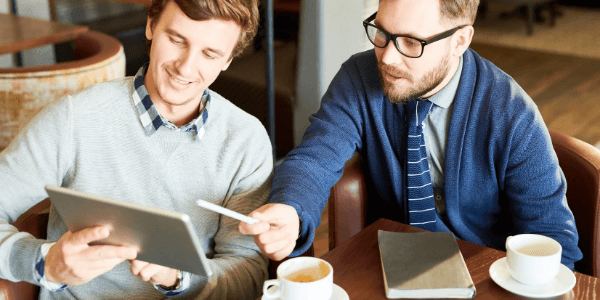 July saw second waves of Covid-19 infections around the world with cases per week in a number of countries, including Australia, the US and Japan, exceeding previous peaks. Some countries have responded by reinstating national restrictions, while others, including Australia, have adopted a regional approach. Employment and consumer confidence are starting to feel the consequences of this, as are budget deficits which will expand even further as more support to firms and households is required to mitigate the impact on labour markets and consumer spending.

Equity market performance in July was somewhat mixed. While the S&P500 posted a decent 5.6% increase, sentiment in the Australian equity market was dampened and on the last day of July the ASX200 fell 2%. Emerging market equities also had a good month. The gold and oil price ended the month higher and the US$ was weaker which in turn saw the A$/US$ exchange rate appreciate by 5.1%.

A weaker US$ helped boost emerging market equities, the A$ and gold in July

While the S&P500 posted a decent 5.6% increase, the result was still influenced by the outperformance of tech stocks. So far, the US earnings season has been not too bad, but early reporting firms – including investment banks and the big tech companies – all did well as a result of Covid-19. This is unlikely to be replicated across other sectors of the economy. Sentiment in the Australian equity market was dampened by the second wave in Victoria. On the last day of July, the ASX200 fell 2%, partly driven by a 13% fall in the AMP share price after the firm announced an expected 50% decline in half year profits compared with a year ago.

Emerging market equities also had a good month but were heavily influenced by an 11% increase in the Chinese equity market driven by state-sanctioned buying of the market. Other factors helping emerging equities included a higher oil price and a weaker US$.

The US$ fell in July as the steady increase in Covid-19 cases undermined sentiment in the economy and raised expectations of more monetary support. Nominal 10-year bond yields fell only slightly in July, but real 10-year yields fell from -0.7% at end-June to -1.0% at end-July. On the face of it, the difference between the performances of these two bonds implies markets are expecting higher inflation. However, lower real yields are also associated with expectations of weaker growth. The Federal Reserve’s operations in the market for nominal bonds may also be distorting the relationship between real and nominal yields. Nevertheless, the US second wave has been seen as a negative influence on the US$ and, along with expectations of lower interest rates, helped push the US$ down in July. Two consequences of this have been a higher gold price and a higher A$/US$. Our currency rose 5.1% against the US$ in July, but only 3.2% against the broader multi-currency Trade Weighted Index.

The Reserve Bank will not be thrilled about the A$ moving back to around US$0.72. As the US$ weakens, so the US effectively exports deflation to the rest of the world. The RBA would rather not see too much more A$ appreciation but is limited in what it can do about it.

Across Europe the biggest second waves are in the East (e.g. Romania and Poland), while in the West, Spain, Holland, Belgium and France are in the forefront, with smaller outbreaks in Germany, and the UK stable so far.

Premature easing of restrictions, inadequate contact tracing and complacency about the virus have all contributed to these second waves. The dramatic speed of the rise in case numbers is a reminder of how virulent Covid-19 is. Although some candidate vaccines have progressed further to later stage trials, there are still questions to be answered about how well they may work or if they do in fact work at all.

Not surprisingly, countries have begun reinstating restrictions, either at regional or national levels, and this has started to slow the pace of recovery. Labour markets are among the first to feel the impact. The Australian Bureau of Statistics’ labour market tracker showed employment slipping back in the first half of July. In the US, unemployment insurance claims started rising again in July and new job postings declined. Consumer confidence also fell in both countries. Even so, the overall impact on these economies has been much less than a few months ago, reflecting the regional rather than national approach to restrictions this time around.

In the face of these developments, renewed attention has been directed to what economic policy can do. Although the Reserve Bank and the Federal Reserve, among other central banks, reiterated ongoing support and low interest rates, they also correctly pointed out that the burden now lies with fiscal policy.

The Federal government announced extensions to the JobKeeper and JobSeeker programs, along with estimates of a $180 billion budget deficit in 2020/21 and an unemployment rate of 10.75% at the end of 2020. However, these estimates were made before the second wave in Victoria. In the US, where government employment and income support packages are expiring, the White House and Democrat controlled lower house of Congress have yet to agree a deal on extending these packages. The longer they delay, the greater the damage to the labour market and household confidence.

Given the extent of liquidity central banks have poured into economies, investors continue to wonder if higher inflation will be an inevitable result sooner or later. However, the latest CPI figures from the ABS showed the headline CPI fell 1.9% in the June quarter and 0.3% in the year to the end of June. Since 1949, this was only the third time year-on-year inflation has been negative. The figures reflected the sharp drop in the price of oil as Covid-19 hit, as well as the impact of government subsidies on the cost of childcare. However, underlying inflation – the measure the Reserve Bank focuses on – fell only 0.1% in the quarter and rose 1.2% in the year to June. Underlying inflation is expected to remain below 2% for a long time, underpinning the Reserve Bank’s message that it is unlikely to lift the cash rate again in the next few years.

* For cash rates and bonds the changes are % differences. For the rest of the table, % changes are used. Equities are price indicies.