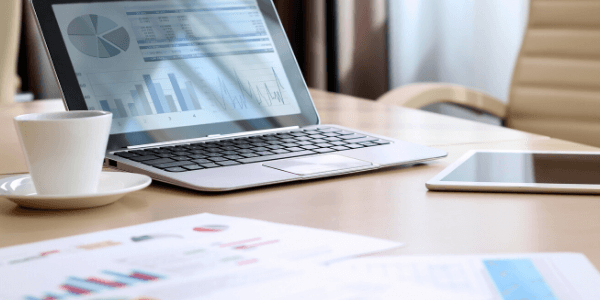 March was the most turbulent month for global financial markets since the onset of the GFC. Evidence of Covid-19 spreading into Europe triggered a sharp fall in equities and other risk assets, combined with a liquidity squeeze as demand for US$ cash rocketed. Volatility rose across many asset classes, with equities moving up and down by 10% a day. The A$/US$ fell nearly US$0.10 to around US$0.56 as it was sold to provide US$ in exchange.

These conditions continued until around the middle of the month when central banks stepped in to cut interest rates sharply and implemented programs to supply trillions of dollars of liquidity to global markets and banking systems. However, equity markets did not really take heart until a few days later when governments around the world, including Australia and especially the US, announced fiscal packages amounting to trillions of dollars in total.

After a bounce in equity markets, some of which was retraced towards the end of the month, the question now is where to from here? Do we have a fast drop in the economy and an equally fast recovery to be back on track by early 2021, or are we in for a more protracted downturn? The mood among economists seems to be swinging from the former to the latter as the virus accelerates in the US and the economic data deteriorate dramatically. As one commentator said, we have seen maximum panic (the liquidity squeeze) but we have not yet seen maximum pessimism (the economic/virus damage).

Chart 1: A dramatic month for global markets in a world rocked by Covid-19

March was the most turbulent month for global financial markets since the onset of the GFC. The trouble started at the end of February when cases of Covid-19 started appearing in Europe, especially northern Italy. Financial markets immediately started to worry about how the impact of the virus already seen in China would impact the broader global economy as more and more countries implemented social distancing policies.

This sparked a sudden rush to safety and liquidity among global investors and traders. Equity markets fell very sharply, at times moving 10% or more in a single day. The A$/US$ fell heavily from around US$0.65 to just under US$0.56 as investors sold whatever they could to raise US$ cash. Even gold and government bonds, traditional safe havens in times of turmoil, were sold to raise US$ cash.

Separately, Saudi Arabia and Russia stepped away from their existing agreement to limit the supply of crude oil and quickly increased the supply onto global markets. Coming on top of reduced demand for oil caused by Covid-19 shutdowns, the price of oil collapsed from around US$47/bl to a low of US$14/bl.

In the first half of March global financial markets were facing a potentially systemic liquidity crisis. However, having learnt from their experience with the GFC central bank quickly stepped in to ease monetary policy and supply liquidity. For example, the Reserve Bank cut the cash rate to 0.25%, as did the Federal Reserve with a rate cut of 1% in a single day. At the same time, central banks announced massive programs to buy government bonds, support the banking system and help provide relief to corporate debt markets. Later in the month some central banks extended these support measures which now amount to trillions of dollars in total.

The aim of the measures was to stabilise bond and currency markets in particular, but equity markets were still very edgy, because they knew monetary policy alone was not going to solve the problem of the big negative shock to global growth caused by abruptly shutting down the global economy.

Governments had been announcing support packages in the early part of March, but by the third week of the month the scale of these measures was ramped up very significantly. For example, in Australia the Federal government announced a wide range of measures including cash payments to households, wages subsidies, suspension of tax payments and increased spending on health and welfare. The government’s fiscal support amounts to $214 billion, with another $11.8 billion from the States and Territories, all on top of nearly $100 billion in liquidity support from the Reserve Bank. These are extraordinarily large numbers, amounting to around 20% of GDP. Similar big moves were announced in other countries, including the US where Congress enacted at US$2.3 trillion package. Equity markets rallied sharply in response to these measures before giving back some of these gains but nevertheless ending around 10% – 15% above their intra-month lows.

Now the big question for financial markets is where to from here? The answer to this hinges on the spread of the virus and the impact of social distancing policies. One school of thought says that when the virus peaks in a few weeks, easing of social restrictions will soon follow and economies can get back to work. This is the so-called “V shaped” recovery in which we have a bad Q2 2020 and then bounce back fast in Q3. Another view says the virus will be with us for another 12-18 months before a reliable vaccine is available and that social distancing policies will have to stay in place for some time to come. The economic downturn will last for more than a quarter. This is the so called “U shaped” recovery.

On the virus front, as March has unfolded, we have seen:

On the economic data front, it is still early days for the figures to be showing the impact of the virus and containment measures. Data we do have includes:

In coming weeks, we will get data showing more clearly the impact on global growth and unemployment. The numbers are likely to be very bad indeed, but they will largely reflect conditions before the stimulus packages were announced. Nevertheless, we are facing an extended period of difficulty which leans increasingly towards the U rather than the V for the shape of recovery.

Markets are still coming to grips with all this from one day to the next. In particular, they are wondering if the recent bounce in equity markets is the start of something bigger, or just a bear market rally. So far, we have gone through the first phase of the equity downturn: the liquidity squeeze, which ended with central bank support. We are now in the second phase of trying to assess the balance between containment policies and fiscal stimulus. Equity markets are not clearly cheap after the recent rally, which leaves them vulnerable to further downside.

As one commentator said, we have seen maximum panic (the liquidity squeeze) but we have not yet seen maximum pessimism (the economic/virus damage).