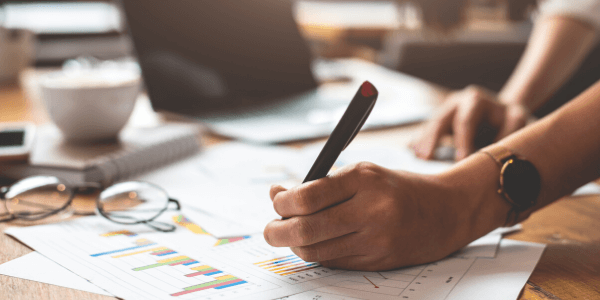 Equity markets pushed higher in May, taking valuations to very expensive levels, as markets took an almost exclusively optimistic view of declining infection rates, reports of progress towards a vaccine and the benefits of economies re-opening. In addition, significant stimulus measures announced in previous months began to take effect, giving many investors’ confidence that government policy would provide a safety net against any further falls in markets.

Less promising news on vaccines, still high infection rates in the US, the accelerating spread of the virus in emerging market nations, further weak economic data, and rising geopolitical tensions between the US and China, as well as the rioting in the US, were all dismissed by the markets.

In commodity markets, iron ore had a good month as the supply from Brazil succumbed to the spread of the virus. Similarly, in the oil market, production cuts resulting from OPEC’s recent decisions, as well as in the US from 60% of oil rigs being shut down as lower prices made them unprofitable, helped push the oil price up sharply in May.

The strength of these key commodity prices, along with speculation of a negative US cash rate, pushed the A$/US$ up 1.4% to US$0.666 by the end of the month.

Chart 1: Markets ignored the bad news in May to push higher

Key developments in May

There were significant developments in the global Covid-19 situation. Many developed market countries saw progress in reducing the spread of the infection as a result of their lockdowns. The US, UK, Japan, Europe, China and Australia all saw falls in the number of new cases per week compared with a month earlier. However, many emerging market countries saw the opposite and now have accelerating rates of infection. Brazil surpassed the US with the highest number of new infections per day. Despite this, a number of these countries have started easing restrictions.

Restrictions have also started to unwind in those countries that are further advanced through the virus experience. This includes countries like Australia, where the virus has been successfully contained, but also Europe where case numbers, although declining, are still significant. The US is of particular concern. Under pressure from Mr Trump and protesters, some states began easing restrictions even as their infection rates continued to climb.

Optimism in the US about a vaccine for the virus likely helped alleviate fears of a second wave of infections following the easing of restrictions, but the news on vaccines was mixed. Moderna announced good results from 8 out of 45 subjects in a Phase 1 trial but said nothing about the other 37 subjects. Within 24 hours, doubt was being cast on the robustness of Moderna’s results. Similarly, high hopes were raised for Gilead’s drug Remdesivir, but by the end of the month reports suggested the treatment was less effective than previously thought.

The economic data released in May showed just how bad April was, as well as giving some early insights into how May was unfolding. Key data in the US showed real GDP growth fell to -11% in April (year-on-year), which carried on into May. Unemployment insurance claims rose a further 7.3 million in the first three weeks of May, reaching 40.8 million in total since the start of the crisis. April saw 20.5 million jobs lost, driving the unemployment rate up to 14.7%.

In Australia, nearly 600,000 jobs were lost in April, lifting the unemployment rate to 6.2% (+1% from March) and the underemployment rate up to 13.7% (+4.9% from March). The ANZ-Roy Morgan consumer confidence survey showed confidence had improved from a low of around 65 in late March to 92 in mid-April.

Many other countries also reported big increases in unemployment. Surveys of activity in both manufacturing and services improved from the very low levels reported in April, but still showed overall growth rates below zero.

In this environment, there was renewed speculation about additional policy stimulus. The Democrat-controlled House of Representatives passed a US$3 trillion stimulus package which was immediately rejected by the Republican controlled Senate. Central banks pledged further support if necessary. The Reserve Bank left the cash rate at 0.25%, but many have started to think both the Fed and the RBA will, or should, take their cash rates below zero. Both central banks have ruled this out.

Some particularly worrying developments in May included the renewed tensions between the US and China, first over Mr Trump’s attempts to blame China for the virus, and second, over China’s clampdown on Hong Kong.  It is now clear the President intends to make China a scapegoat in his election campaign. Also, the spread of rioting in the US and Mr Trump’s intemperate response, has raised fears of a repeat of the turmoil seen in 1968.

Despite all this bad news markets are still committed to the V-shaped recovery story. However, equity markets are now looking very expensive. By the end of May, the forward P/E in Australia was the highest it has ever been, while in the US it was the highest since the Dot-com bubble. Similarly, the UK and European markets also look expensive. The implication of valuations and P/Es being very high are that it significantly increases the potential for prices to revert to more reasonable levels.

Further, the suggestion that Governments will step in and continue to support markets is unlikely.  The size of support that may be required will be difficult for most countries to provide.

Further, the suggestion that Governments will step in and support markets is unlikely.  The size of support that may be required will be difficult for most countries to provide.

In light of these risks to the global economy, and the extreme rally in equities that has pushed valuations well above reasonable levels, we continue to recommend reduced exposure to equities within portfolios. When we see stock prices more closely aligning with the underlying fundamentals, we will look to reposition the portfolios’ equity allocations back to more normal levels.