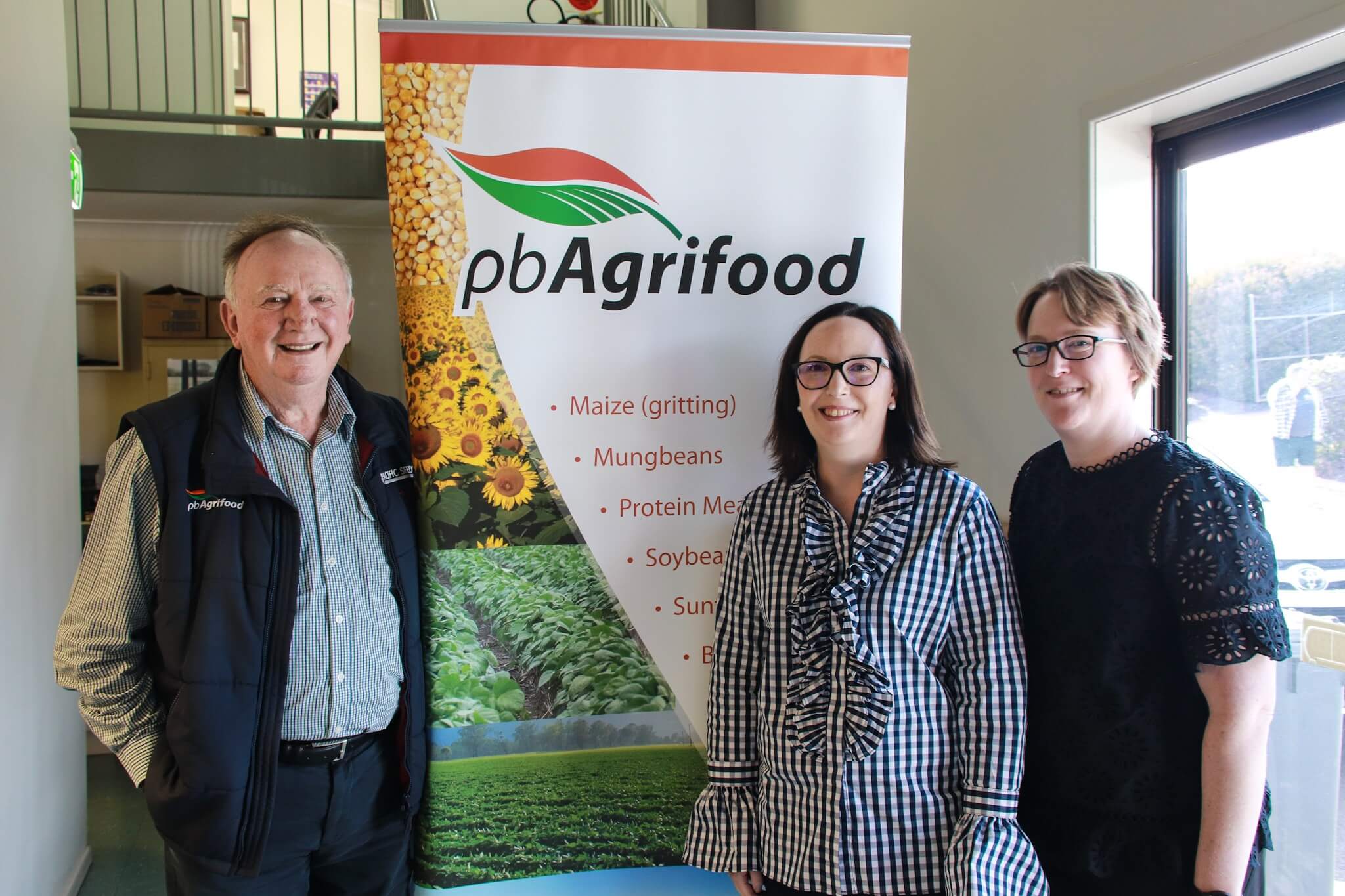 PB Agrifood Director, Peter Brodie grew up on a farm in Dalby. After deciding that a career in agriculture was for him, he enrolled in Gatton college to complete a formal education in the field.  After graduation and testing out a Government role with the Department of Primary Industries (DPI), Peter quickly came to realise that private industry was going to be a better long-term fit for him.  After a time with Pacific Seeds, he took a job with a small family owned business, JD & GA Philp.  Owners, John and Gwen Philp had begun their business in August of 1973 and it was in 1979 that they met Peter at an agricultural show and decided to grow their team and their business. Peter had become so important to the business that the name was changed to Philp Brodie Grains. With the change in name and share in ownership came Peter’s first true need for accounting support and so began his long relationship with McConachie Stedman.

Peter and John both decided to set-up Trusts and at the end of each month split the business profits into their own trust. This allowed them the ability to walk away from the business if either of them decided to pursue other things without creating any great changes to the business on their departure.

In 2010 after 37 years of operation, the company sold off the coarse grains division along with the name to Emerald Grains and moved 30 meters up the road to begin PB Agrifood. The sale of the business and change in location required Peter to find the funds to purchase a new building for his next project. “I have a soft spot for Director Allan Rother; he set-up a self-managed super fund and it was one of the best business decisions we ever made. It enabled me to buy the building we operate out of today through the fund and it’s been a great financial decision”. Peter set up his new business PB Agrifood as a specialist in the trade of soybeans, mungbeans, chickpeas, sunflowers, birdseeds, millets and planting seeds. The business has since gone on to operate a number of other brands in partnership including Hyfeed and Maralong Milling.

Today the business has 50 core staff however in the early days Peter needed a little extra help from his daughters Catherine and Andrea. Catherine offered to help her father out in 2001 while she was finishing off her business degree. Over the years, she has worked in most areas of the business and is now the business manager at PB Agrifood. Peter’s youngest daughter Andrea had also offered to help for a couple of weeks a few years after her sister began. Her offer to help out for 2 weeks in the stockfeed supply business Hyfeed, turned into 12 years working for the family business. Along with her role in Hyfeed, Andrea has also expanded into the role of Director at Maralong Milling, another in the PBA brands.

Over the years, Peter and his team have made some decisions that have set them apart from their competitors. The decision to invest in a colour sorter gave them the opportunity to process many crops after the floods. With the floodwaters washing debris and foreign material into their paddocks, PBA was able to take contracts that competitors couldn’t. While they no longer have the only colour sorter in town, they are keeping up with developments in technology in order to continue to stay competitive. A recent grant has allowed them to update their colour sorter, and the addition of a weigh station now allows them to keep their operations all in-house.

The Brodie’s all agree that in part their ongoing success has been due to their business being cash strong. “We kept putting our profits back into the business and after 30 years it’s made us cash strong. This means that we are always able to pay people on time. If a farmer can sell you his grain and does not have to call you up to be paid they are happy. We have never had to advertise, it’s just simple business”, says Peter. Andrea continues, “People trust dad, they trust him to give them the best price and to be honest with them”.

The greatest challenge faced by the business is their dependency on the weather. The need for rain and reliance on the right growing conditions means that a strong financial strategy is required to get them through the droughts. Peter and his family have seen the impact of drought on our region first hand and have always tried to do their part to support the town through the tough times. “We go with a lot of locally based business, we like to support our town and our community”.

“We have great local clients and among our farmers, transport and end users,” says Peter “McConachie Stedman has been good to us and forward thinking in their approach to our business.  They have helped us to make some really good decisions over the years and we haven’t ever had a need to change accountants because of that”.