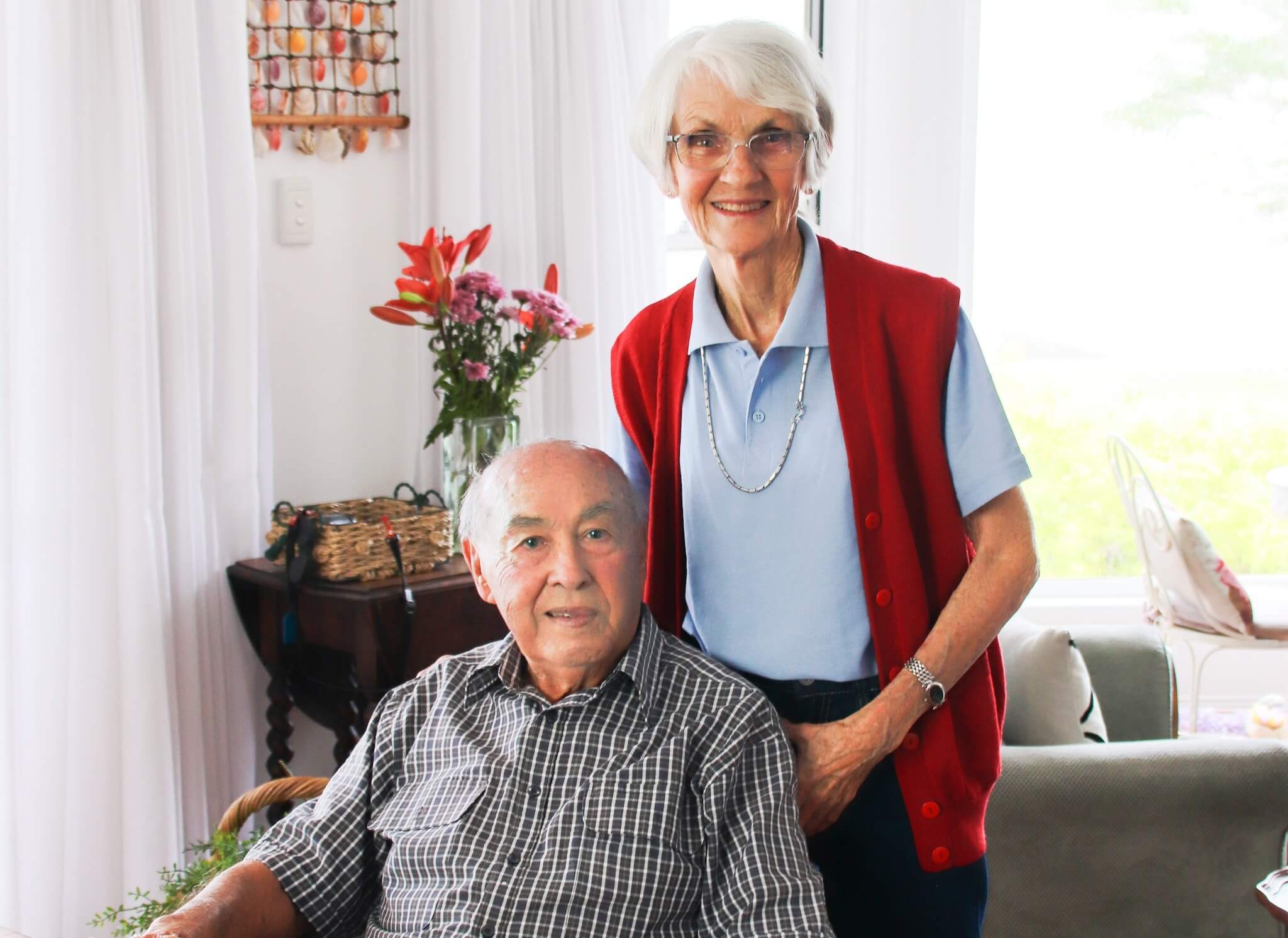 Not many clients can say they have been with their accountant for close to 60 years, but when Laurie and Delcia Atzeni joined McConachie Stedman in the 60’s they were in for the long haul.

In 1965, John McConachie purchased a small Toowoomba based accounting firm; along with a number of other client files, the Atzeni’s account was walked uptown to Mr McConachie’s new office and the Atzeni’s have been with McConachie Stedman ever since.

After moving to town in 1951, Laurie’s parents purchased a dairy farm in Maclagen near the Bunya Mountains. When Lauries parents passed in 1961/62, Laurie and Del stepped in and managed the dairy farm on the weekends. With Laurie’s siblings remaining in Ayr and unable to assist with maintaining the property, the decision was made to sell Maclagan and purchase a property at Hodgsonvale, which included ‘Big Hill paddock’ nearby.

Laurie and Del never lived on the property and relied on a share farmer to work the farm on a day-to-day basis with Laurie managing the farm on weekends, buying replacement milking-cows at sales and organising Lucerne and peanut hay. With Laurie’s siblings having their own interests, two with shops and two with motels elsewhere, Laurie and Del with the help of a loan from Westpac bank, were able to buy out each sibling and over time had sole ownership of the Hodgsonvale farm.

Laurie recalls spending time with his neighbor Reg (RM) Williams, who offered him a great deal of mentoring in the early days, and Laurie returned the favour, allowing him to ride his horses on the ‘Big Hill paddock’ where Laurie separately ran beef cows and calves. “RM liked riding there for the bush and vista and said it had future prospects”.

The 50’s and 60’s were a busy time for the Atzeni’s. Laurie worked full-time, Monday to Friday, at the Toowoomba Foundry and even managed to fit in a Saturday job penciling at the races. In the 1950’s, the Foundry was the biggest employer in Toowoomba and it owned all of its office locations including 23 out stations in the west. Laurie had always worked in accounting and along with colleague Sam Bradshaw; he helped to set-up the insurance side of the business. Del jokes that when the pair met, they were both working in insurance, and Laurie decided to call her office and ask her to write a cover note on the Sydney Harbour Bridge. A cover note was not written that day and Del hasn’t quite forgiven him for the stress he caused her.

After leaving the foundry, Laurie spent the remainder of his working career at Downs Office Equipment, only leaving when the removals’ truck came to take the couple to their new home in Wynnum. Laurie and Del designed and built their waterfront home with their retirement in mind. “I kept asking if he wanted an office, but he didn’t”, says Del. “He said he was going to bird watch and fish”. Instead, he bought a computer the week he retired. “He’s turned our guest bedroom into an office”. For Laurie it seems, old habits die-hard and he still does all the accounts on paper just to check everything is running right.

Laurie was surprised to hear that when he decided to set-up a self-managed superannuation fund in 1997, that it was the firm’s first ever segregated self-managed super fund. These days, the fund is looked after by SMSF Specialist Tim Bate, who continues to meet with Laurie. After Del decided that she should know more about their accounts a few years back, Tim facilitated a family round table discussion for the couple and their children.

“McConachie Stedman have been a big part of our lives”, says Del. “We remember when Amanda began as a Graduate Accountant. We were close enough that we visited her in the hospital when she had her twins. We still receive cards and photos from the family”. It’s this personal relationship, the big moments, the letters and family Christmas cards that the Atzeni’s say have meant looking for another accountant had never even been a consideration. “Even now, living down here (Wynnum) you still look after everything for us”.

Our clients are at the heart of everything we do. We are proud to have worked along-side the Atzeni’s for all of these years, and are honored that they have made space for us in their home and their heart for so many of our staff over the years.